Let's all face it, men's fashion can be pretty bland if you are just starting out. You might be underwhelmed by the lack of available options. Be it top wear, bottom wear, or even footwear, men don't have as many options as women. Today, we will have a look at ways about how tot wear penny loafers for men.

What are penny loafers?

Now for those who don't know, loafers are lace-less type slip-on footwear introduced in the early 20th Century. Loafers were mainly meant for casual clothes, but with the recent years and introduction of different styles and types of loafers, they have come to a point where you can wear them for almost any outfit. One particular type of loafers that have become increasingly popular ever since their release in the late 1930s is the penny loafers for men. 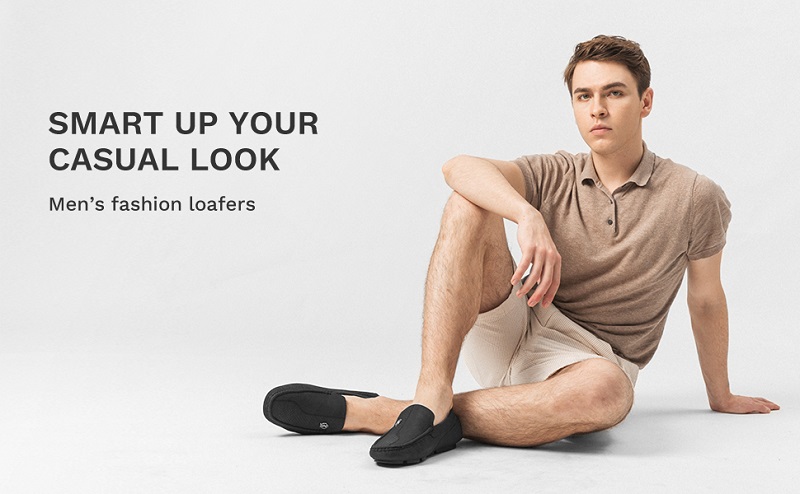 As the name suggests, penny loafers have the primary purpose of holding an emergency penny. They are named so because they have a tiny space on the top of the shoe enough to hold a single penny. Back in the 1930s when emergency calling booths had a cost of a penny per call, men used to take out the penny from their shoes and use it in the calling booths, and hence the name. Now, apart from its penny-holding feature, if you are wondering how to style penny loafers, worry not. In this article, we will learn about the different ways on how to wear penny loafers for men to look stylish and modern:

One of the most common choice when buying a pair of penny loafers are brown loafers. Brown penny loafers go well with almost anything. Want to wear it with casual outfits? Go ahead. Want to wear it with business outfits? Go ahead with it too. Date night? No problem. Of course, you cannot wear the loafer with the same material for all occasions. Leather brown loafers would be perfect for more formal events like business dinners and meetings. Match it with a formal outfit(especially with blue formal pants), and you are good to go. Then there are the suede material loafers. They are a really good choice for casual day-to-day outfits and occasions like date night with your girlfriend and even wedding events where you tend to wear jeans a lot. They also tend to blend well with semi-formal outfits like white cotton pants and a simple blazer. 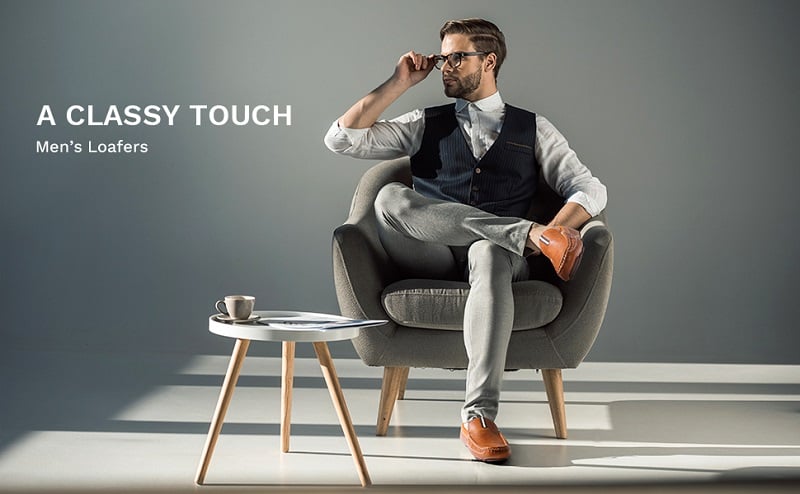 "How to wear penny loafers for men" is never complete without mentioning classic black loafers. If you ever feel confused about which color to pick as your first, go for black. They are a perfect choice for formal wear. If you ever plan on wearing dark color bottom,  wear black penny is that choice I would suggest. Just wear a plain white shirt with black cotton pants and black penny loafers and you are ready to live out the day. Be it dark cotton pants or jeans, formal or informal occasions, a black loafer can never disappoint you. They are great for casual day-to-day wear too. 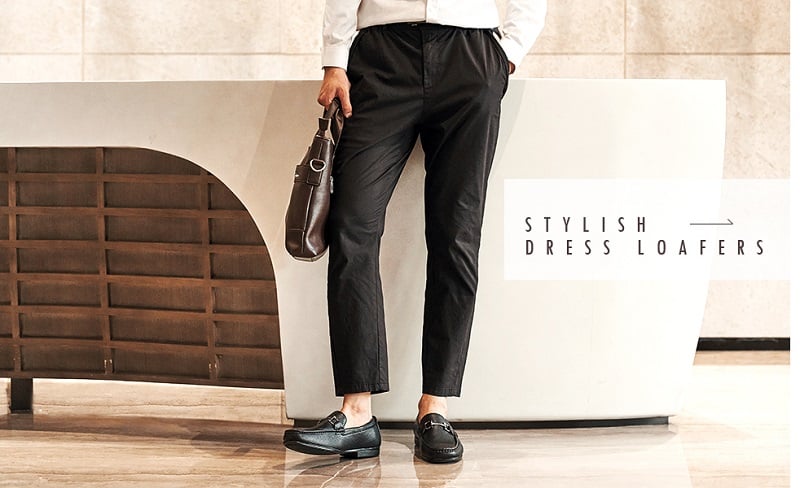 With the obvious two choices out of the way(brown color and black color), there are certain outfits that are better with colors other than black or brown, like the white loafers. They are a great choice if either your shirt or pant is white. Now listen, black looks good too with the previously mentioned outfit. But white loafers make the same outfit even better. Unlike the black and brown ones, white loafers are not really meant for formal wear. They are more casual outfit-oriented, but hey you can always go for white loafers and formals if that's what you prefer. 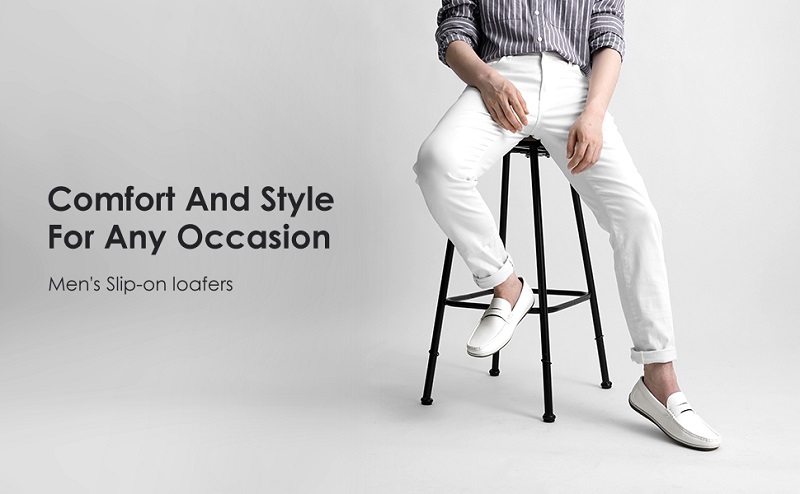 Loafer and The Two Major Materials

When it comes to knowing how to wear penny loafers for men with style, just remember this: the majority of the loafers are either made of leather material or suede material. Leather loafers are sleek and appear shiny. They are mostly preferred with formal clothes, be it full-on business suits for business outings and dinners or as simple as formal pants and tucked-in full arm button-down shirts for a marriage function. They instantly make you look smarter and formally ready. On the other hand, suede loafers are the first choice for more casual or informal outings like dinner dates, everyday wear, movies, casual dinners, and so on. These make you look stylish and smart, while at the same time giving you that informal, casual look. 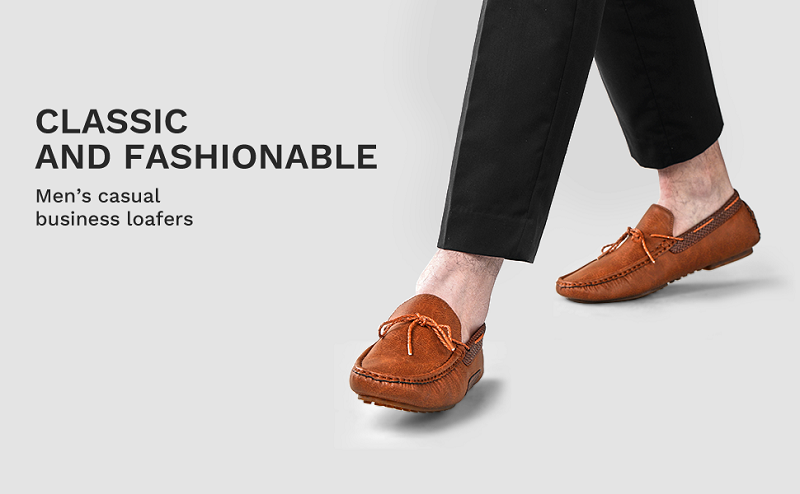 The above mentioned are just a few examples of what we think might increase your fashion senses if you are new to male fashion. If you are starting out, especially on how to wear penny loafers for men, this is what we recommend so that you don't break your bank in the beginning. As you gain more exposure to loafers, you can try different bright colors like red, orange, purple, or even different patterns of the same color. Like black loafers but with two different patterns like leopard pattern or checkered pattern and so on.

With that being said, if you are bold enough, you could break some rules mentioned in this post and don something like leather loafers with informal outfits and suede loafers with formal outfits. Or just go all out with bright-colored loafers. Or you could mix and match outfits from both the gender spectrum and flaunt your penny loafers. Fashion is all about setting a trend. Create your own trend.

How to style chelsea boots for men

How to wear chukka boots for men

Types of men's shoes that go with everything

5 Best Sneakers To Get the Spectacular Business-Casual Look

Thank you for subscribing!

You just got a

You can use the coupon on the checkout page.

We've also emailed you this code so you can have it on hand when you're ready to buy.